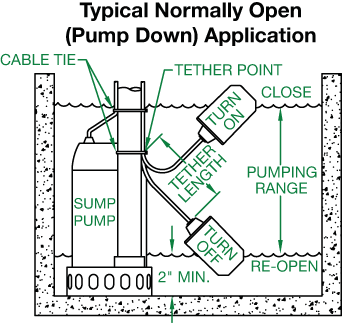 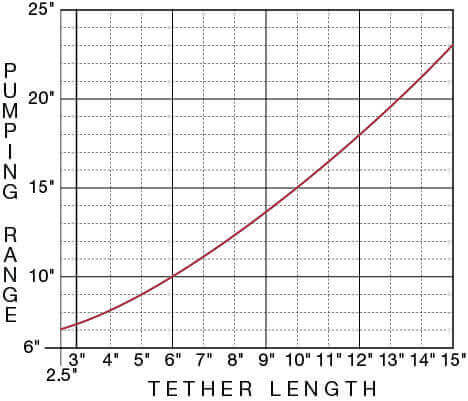 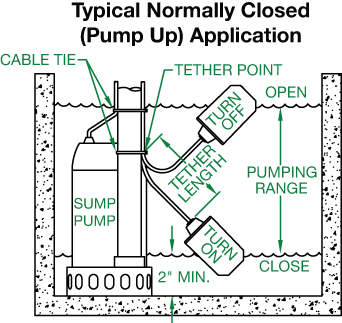 Normally Open (Pump Down) VS. Normally Closed (Pump Up)

Deciding whether your float switch needs to be normally open or normally closed for pump control can be a little confusing. So we would like to clear things up.

When we say normally open or normally closed, we are referring to an electrical circuit. An open circuit is incomplete, meaning that the electric current is unable to complete the loop due to a gap. A closed circuit is complete with no gaps, enabling the current to travel through the whole loop.

With level switches, these circuits are opened and closed by the float either moving up or down based on the rising or falling level of the liquid. Deciding whether or not you want the circuit to be closed or opened when the float is either up or down can be tricky.

The most effective way to decide is to determine what the switch should do when the float is at rest. When we say at rest, we mean that the float is not suspended in the liquid. We often see confusion with the term normal as others have misinterpreted it as a float suspended. Remember, normal, in terms of switches, refers to a float at rest.

Let us know if you need help deciding whether you need normally open or normally closed switches and we will be glad to help.